We Don’t Need More Leaders, We Need Better Ones!

Most business leaders around the world are not good leaders…

They aren’t bad people, but their approaches to leadership are simply put…obsolete.

We can especially see this quite clearly with what has been going on with Black Lives Matter, COVID-19, and the ongoing fight against racism and social injustice.

To give you an analogy, it’s a bit like trying to fly a modern-day passenger plane while being trained on an original Wright Brothers plane.

There’s a chance you might get the plane in the air, but you won’t go far.

Leadership around the world is failing us.

Consider some of these sobering statistics take from my book, The Future Leader:

CLEARLY something is wrong with leadership around the world otherwise these statistics wouldn’t be as terrible as they are.

What does it take to lead in the future of work? For my new book, The Future Leader, I interviewed over 140 of the world’s top CEOs and surveyed nearly 14,000 employees in partnership with LinkedIn to identify 4 crucial mindsets and 5 essential skills to lead in a post-covid world. “Whether you’re a current or future leader, this book is one that you should read and keep near you.” Ajay Banga, CEO, Mastercard. Click here to grab a copy for yourself and your teams, you’ll be glad you did! 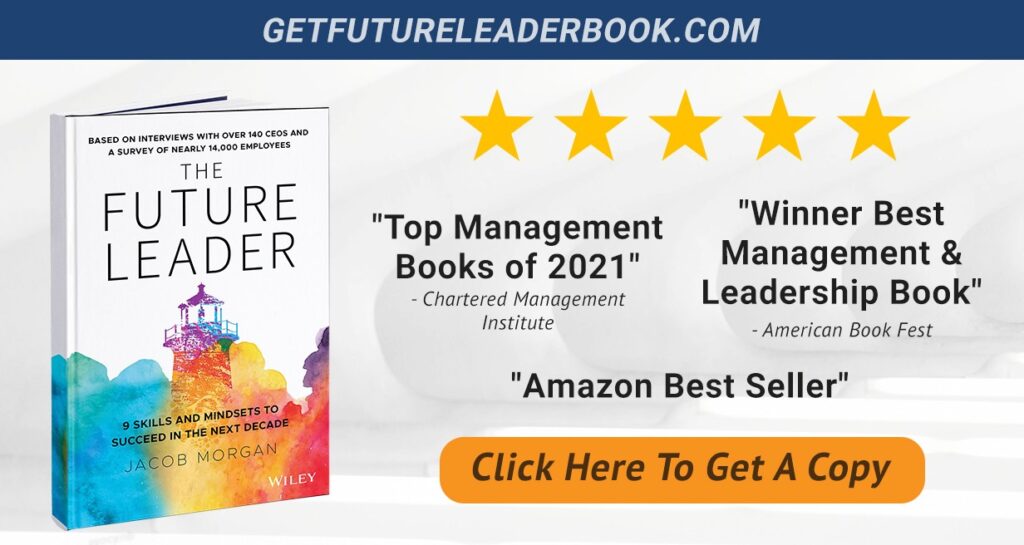 All of the human indicators are telling us that we have a problem yet most organizations and leaders are doing nothing to correct the problem.

Imagine for a moment that you are driving a car and in the middle of your trip as your speeding down the highway, the “check engine” light comes on, followed by the tire pressure warning, the low fuel light, and the battery light, all while your car temperature indicator is in the red. Now imagine your whole family is sitting in the car with you.

Are you really just going to keep driving along? I hope not!

Yet here we are, and the business world is on cruise control but the scary part is that we are all sitting in the same car!

In the United States alone there are around 25 million supervisors and managers today, these are people who are responsible for others. I estimate that by 2030 we are going to have around 220 million leaders around the world.

That’s a lot of leaders!

We have lots of people in leadership roles but unfortunately, many of them are bad leaders, there’s just no other way around it. But, their days are numbered because the way that we think about leadership is changing…Leaders Must Change.

Leadership is not about making the most money

Leadership is not about a rank or title

Leadership is not about playing office politics to get the top.

Leadership is not about being friends with other leaders who will promote you.

Leadership is not just about staying at the company for a long time until you get promoted.

Leadership IS ABOUT putting people first

Leadership IS ABOUT being able to influence change

Leadership IS ABOUT making other people more successful than you

Leadership IS ABOUT rallying people to build a better world

Leadership IS ABOUT YOU!

Being a leader is the hardest job in the world but it’s also the most rewarding. Everyone in the world has the potential to become a leader, even if you’re a leader of self.

The first step towards becoming that leader is making the conscientious choice that you are willing to get out of your comfort zone and do whatever it takes to positively impact your community, your organization, your people, and yourself.

Are you ready to take that first step?

Leadership is changing. What are the skills and mindsets you need to master in order to lead in a post-Covid world? According to over 140 of the world’s top CEOs there are 4 mindsets and 5 skills that leaders need to master. Learn what they are and hear directly from these leaders by downloading the PDF below. 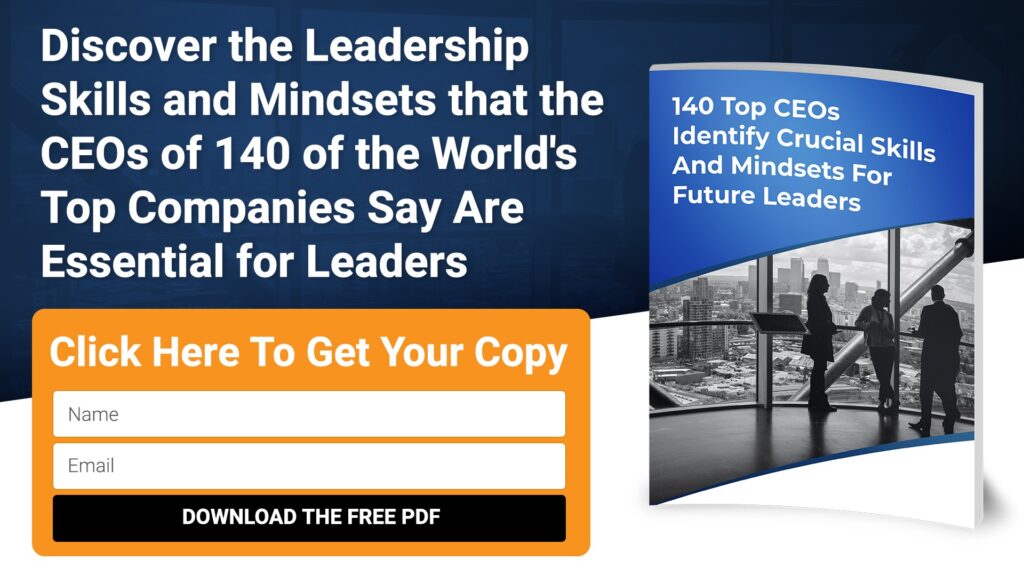