Molly Fletcher grew up in Michigan with a family that passed on to her the values of consistency and work ethic. She decided to indulge further in Sports Business and Management after having been playing tennis during her Bachelor’s studies at Michigan State University.

After graduation, she decided to follow her dream of a career in Sports Business and Management. She moved to Atlanta, and after several dead-end jobs, she represented a small-scale Sports Agency. Fortune always favors the bold, and in happenstance, the Olympic Games of 1996 were held in Atlanta during that period.

The Olympic Games of 1996 were the first milestone for the subsequent amazing feats of Mrs. Fletcher. Her first major assignment was to be the driver and personal assistant of Lenny Wilkens, the famous manager of the Dream Team. This initial and tremendous achievement fuelled the unparalleled work ethic of Mrs. Fletcher for other feats and accolades.

After the Olympics, she insisted that her agency conduct a business strategy that would facilitate them attract the top talents of the Sports Industry. Her boss back in those days answered her pleas with swift action and gave her the green light to recruit the prominent figures of the Baseball grounds.

Therefore, and after so many years, Mrs. Fletcher has concluded numerous deals worth $ 500 million, represented respected figures in the Sports Industry, and written four books. She remains, until today, one of the most effective Sports agents of our times.

The three pillars of the work of a Sports Agent

The conclusion of negotiation and the signing of a lucrative contract is an agent’s first and foremost aim for his/her clients. The process is cumbersome and requires the demonstration of the overall aptitude of an agent. This overall aptitude is a sum of skills, the most prominent being communication and bargaining abilities.

Negotiating a contract for a client in the Sports Industry does not solely involve a team at the other side of the negotiating table. The other part can also be a sponsor or a university. Mrs. Fletcher states that the most usual contribution of sponsorship in Baseball is the necessary equipment for the athlete.

The primary focus of a Sports agent is to ensure that the clients attain a lucrative deal for the highest possible timespan. An athlete can function in a high-intensity mode only for a reduced amount of time; thus, acquiring the best possible deal is paramount for his career and longevity in his respected field.

The comprehension of an athlete’s value to the corresponding market is finite and requires the proper guidance from his relatives, friends, and agent. Therefore, an agent fulfills a second and rather complicated role for the athlete. This role involves adequate advice for the athlete to understand that the time in the competitive world of Sports is finite. Furthermore, building the habit of being frugal with money and investing prudently is paramount for retirement.

Last but not least, the pillar of a proper representation of an athlete is adequate marketing. An apt agent closes a contract when his/her client’s stocks are at their prime. Completing such deals comes with a vast knowledge of the market and the respective sport.

Mrs. Fletcher narrates the crucial moments when she approached numerous prospective clients. At the beginning of her career, she approached the coaches and the parents of students that attracted her eye for their talent. In the following years, she approached seasoned players and athletes, but her approach was primarily the same.

The approach of Mrs. Fletcher is consistent all the time. Consistency conveys the message to the client that no matter what the future may hold, his/her agent will be there for him/her as a comrade in arms.

The art of being consistent has to come from a place of authenticity. The client understands whether the concern is genuine or not. When someone imitates consistent behavior, he won’t last in this business.

Mrs. Fletcher recalls that another essential part of the skill box of a Sports Agent is to convince the client that he/she has extensive knowledge regarding the sport. Mrs. Fletcher refers to the importance of knowing key details that will take aback the prospective client. This knowledge conveys the message that the agent is proactive and knowledgeable and adds value to the client’s career.

This episode is sponsored by Namely

Working in HR isn’t for the faint of heart. But whether you have 50 or 1,000 employees, Namely is the HR solution that supports you and your employees. With onboarding, performance management, payroll, and intuitive benefits enrollment – all in one connected modern platform. Grow with Namely, and get one free month when you make the switch! Learn more by going to Namely.com/fow today. 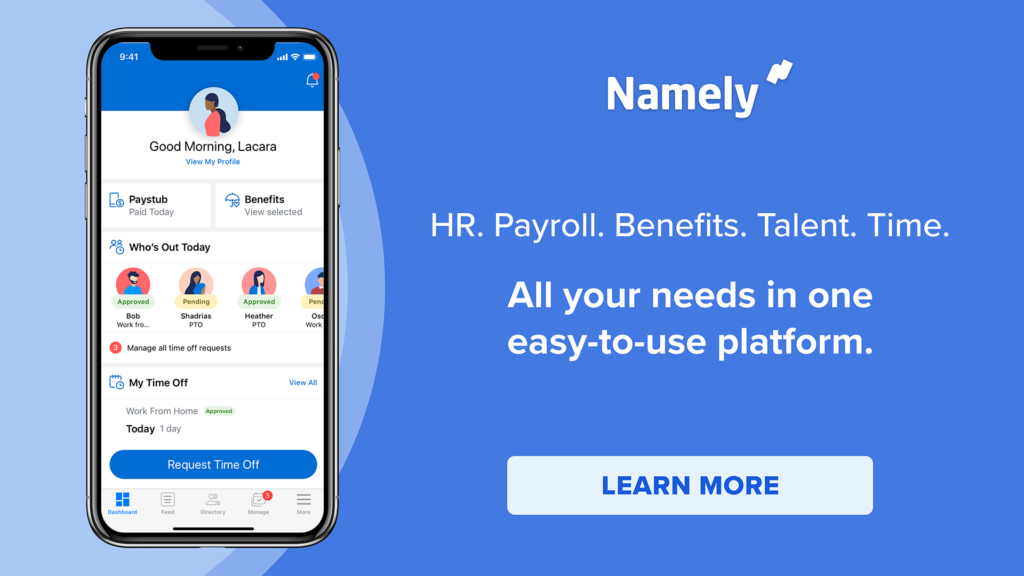 Throughout her career, Mrs. Fletcher had her fair share of rejections. She comments that rejections are merely feedback from the market to improve the provided services. No one should receive a rejection negatively and solely focus on ways to advance his skills.

Furthermore, another perspective of Mrs. Fletcher is that one of the most crucial aspects of a client-agent interaction is the authenticity of their relationship. She recalls a characteristic incident with one of her clients, a player of golf. After several efforts to cooperate with him, he chose a prominent Sports Agency firm for his representation.

After a year, the golfer declared his disappointment in being represented by a soulless and greedy firm and asked Mrs. Fletcher to cooperate with him. Mrs. Fletcher did not let this incident affect their relationship as she genuinely cared for his well-being.

This story is a case study that displaying vulnerability in personal relationships can lead to remarkable achievements in the professional terrain. It is the core of modern leadership and signifies a new era in the corporate world.

The link between a Sports agent and modern leadership

Mrs. Fletcher states that in the competitive world of sports, there are always prepared minds that strive to knock someone off his/her perch. The statistics that reflect a person’s worth in the market are ruthless, and there is a growing need to find ways to cope with this pressure. The latter means that there is no room for complacency if you want to remain in a prominent position.

Mrs. Fletcher introduced innovative ways to cope with this relentless pressure described in the above paragraph. She launched a course called ‘Up your Game’, which involves the following parameters:

The above traits are essential in every part of life, not just in Sports Management or the corporate world. The latter is the aim of this course for the participants: To build an invincible mindset.

A predominant example of an invincible mindset is the NFL player Tom Brady, who has emerged victorious in numerous cases. He embodies a spirit that always strives for more wins and accolades and is the very spirit that modern businesses crave.

Mrs. Fletcher highlighted some stories that are predominant examples of the powerful combination of curiosity, purpose and discipline. Curiosity comes when you are eager to acquire knowledge regarding every detail of a prospective client’s career and life.

Purpose and discipline are the second part of the equation, and their application is through adding value to the client’s career and life. Furthermore, according to Mrs. Fletcher, you must present patience and laser-like focus when showing a client or a person what you can achieve for them.

The whole process is always a sharp road with many ups and downs. The final destination is ultimately the point, but you shall acquire considerable skills and real-life lessons in the process. Moreover, Mts Fletcher believes the journey from meeting a prospective client until he invests in your services sharpens your communication skills. The latter is paramount in any form of negotiating.

In wrapping up: The Art of Negotiation

Mrs. Fletcher concludes that numerous people from every aspect of society make detrimental mistakes when negotiating. They focus solely on their end of the table and what are their thoughts and targets in the negotiation.

According to Mrs. Fletcher, the art of negotiating is based merely on a simple truth: You should be aware of the force and values of the person at the other end of the table. Some people are drawn from money, others from glory, fame etc. When you find your interlocutor’s driving force and needs, the negotiation shall proceed smoothly. You shall be able to achieve the best possible outcome on your end without significant effort.

This episode is sponsored by Namely

Working in HR isn’t for the faint of heart. But whether you have 50 or 1,000 employees, Namely is the HR solution that supports you and your employees. With onboarding, performance management, payroll, and intuitive benefits enrollment – all in one connected modern platform. Grow with Namely, and get one free month when you make the switch! Learn more by going to Namely.com/fow today.