Mike Capone is the CEO of Qlik, a business intelligence company that provides end-to-end cloud data integration and data analytics solutions for organizations around the world. Mike leads a team of over 2,600 people around the world.

Mike’s experience as a leader started at the age of 24 when he was working in IT and he says he was totally unprepared for it. At the time he had no training, no experience, and he found it very intimidating at first. But with time, advice, and on the job learning he figured things out.

He says that his progression from an entry level leader to being the CEO leading over 2,600 people came about because of hard work, a willingness to volunteer for the hard jobs, and the ability to help others be successful.

The things that made a difference in Mike’s career

Jamie Dimon, the Chairman and CEO of JPMorgan Chase, is a leader that Mike really respects and someone that he has watched for a long time. In an interview Jamie shared that when it comes to success, there is no substitute for hard work. And Mike agrees with that completely, people who work hard get rewarded. But while that is a huge part of achieving your goals, there are other important things to focus on.

Mike says you also have to be unafraid to volunteer for tough jobs. In Mike’s own career there was a time when he was working for Oracle Financials when the company was rolling out a global financial system and they had already gone through two separate leaders who had been placed in the roll and then let go.

One day Mike was selected to be the next leader of the project, and everyone around him told him not to take it–it’s where people’s careers go to die. But Mike saw it as an opportunity to get noticed and advance his career. So he took the job and sure enough it was a huge stepping stone for him. As Mike shares, it is a combination of things that get you to the level of CEO, but if no one notices you and if no one knows who you are, then it doesn’t matter, you won’t get ahead. You have to have people believe that you are a key to their success.

One thing that is very important to Mike as a leader is listening twice as much as he talks. As a leader it is so important to let other people talk, even if you already know the answer. It’s also important to have diverse opinions and backgrounds around you.

But it’s equally important to be decisive as a leader. You have to listen, listen, listen, then decide and move on. “You always want to control the future and not let the future control you. But that said, like, that is the biggest failure I’ve seen of leaders is this kind of paralysis, this inability to decide. And you’d be hard pressed to find somebody who would accuse me of that, they’ll accuse me of ready, fire aim sometimes, right. But they’ll never accuse me of, you know, not deciding something quickly.”

There are going to be tough decisions that you have to make as a leader, but time is not going to make it go away. Some leaders also struggle with trying to build consensus around a decision, they want to be popular and liked, and while it is normal to want to be liked, you’re not always going to be and that shouldn’t stop you from making a decision.

“I always tell leaders, look, you have to do the listening and let people know they’re heard, then you’ve got to use your best judgment and the data at hand and decide, and then your team has to get behind you. Time for discussing and then time for deciding and time for action.”

And if he makes a bad decision, Mike says he admits it and fixes it fast. He doesn’t dwell on it or let it eat at him. 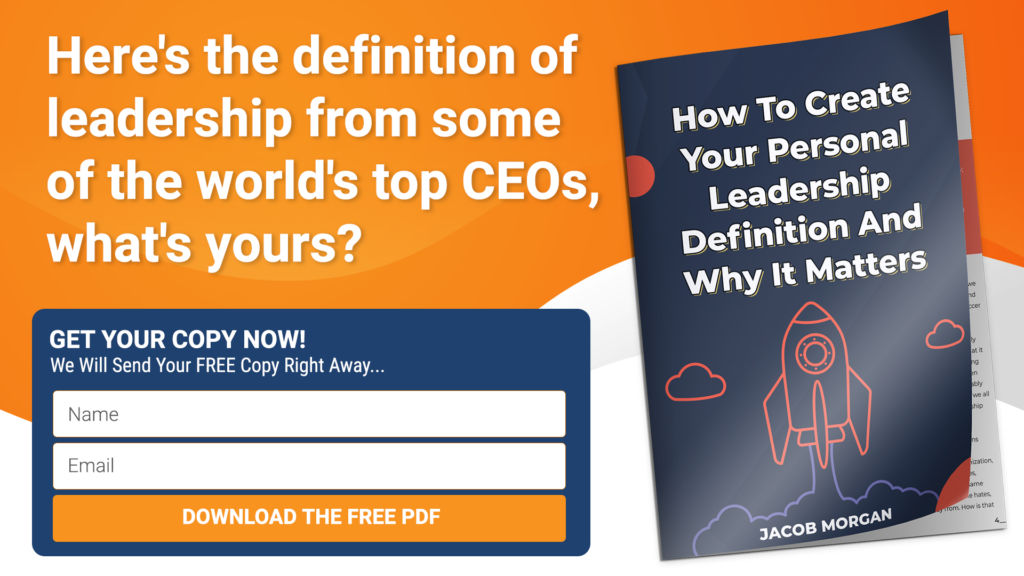 What to do if you feel stuck in your job

Most of us have had a moment or moments in our career when we feel like we are stagnant and there is no way to move inside a company. It can be frustrating and disengaging. So what should you do in this situation?

Mike says before you make a decision, take a look at yourself. How much do you market yourself? How much are you trying to get noticed? Are you working on gaining new skills and improving the ones you have?

There are a lot of ways you can change your situation. Mike says, “If you’re not fulfilled coming to work every single day, you’ve got to do something about that. You can’t just complain about it. And I know economically, people sometimes say, well, I need this job. That’s great, like, you need the job, but you know, then skill yourself up. So your life isn’t dependent on that particular job and then go find something else. But don’t stay in a situation you’re not happy in.”

Two things that hold leaders back

There are two main things that Mike says hold leaders back from their full potential. The first one is that leaders tend to think that the thing that got them where they are today is the thing to get them there tomorrow. They think that because they have a playbook that has worked before that they can just keep running the same one.

There’s a reason why most CEOs don’t last more than 5 years, because after that time they have to reinvent the thing that they invented, and it’s really hard to admit that what you did before isn’t lasting. But the pace of change is fast, and the world is changing so quickly. You can’t keep doing the same thing over and over.

The other thing that Mike says holds leaders back is thinking their time is more important than anyone else’s. This mindset manifests itself in canceling meetings, showing up late to meetings, being on your phone when someone is talking to you, etc…When you are in a meeting or talking with someone, be present completely. Multitasking doesn’t work, it’s just a productivity killer. If you need to respond to emails or text messages, set aside time for that.

What sets great leaders apart from good ones

There are a lot of leaders who can get things done through command and control, but the great leaders inspire the people around them. People are jumping in the boat because they want to follow that leader. It’s all about inspiration.

And this is something you can work on. Find people around you that model great leadership and watch them. Find someone who can mentor you. Practice things like empathy, listening, caring for others every single day. Catch people doing good things and let them know with an email, a call or a letter. It takes hard work and practice, but it’s worth it in the long run and it will ensure your success as a leader.