Bob Chapman, CEO of Barry-Wehmiller On What It Takes To Lead In The Future Of Work

Bob Chapman is the CEO of Barry-Wehmiller, a global supplier of manufacturing technology and services with over 12,000 employees. Bob was named the #3 CEO in the world by Inc. Magazine and Barry-Wehmiller is studied by business schools and organizations around the world because of their unique culture and Bob’s truly human leadership style.

He is passionate about truly human leadership, but that hasn’t always been the case. When he first started his career, he led in a more traditional way and stuck to what he learned throughout his MBA journey. But Bob says he had three revelations back in 1997 that “awakened his senses to a higher calling in business”.

Starting back in 1997 Bob experienced three events that caused him to shift his view on leadership and led him to think about how business could be the most powerful force of good in the world if leaders simply cared about the people they have the privilege of leading.

The first event occurred when Bob traveled to a company in South Carolina that Barry-Wehmiller had acquired. He arrived at the office very early and he was grabbing a cup of coffee as the employees arrived. They had no idea who he was so he was able to observe them, and as they were coming in they were talking about March Madness, who won the most money, what teams had won, etc… and people were happy and casual. But the closer the clock got to 8:00am, the more and more serious they got. Bob said he could literally see the fun draining out of their faces. And over time as Bob kept thinking about that moment he tried to figure out why work couldn’t be fun. Why do we go through our work week thinking “I can’t wait until Friday so I can get out of this place”.

Since then he has worked to find things that aligned value creation with fun inside his own organization.

The second event happened one Sunday as he was leaving his church and he realized the pastor only had the congregation in front of them for one hour a week, but as business leaders we have employees in front of us 40 hours a week. And Bob realized what an impact business leaders could have if they took time to care about their people and impact their communities.

The third event was when Bob was attending a wedding and he saw the father walking his daughter down the aisle to her future husband. And the father smiled and said “I give my daughter to be married to this man” and he looked at his daughter proudly and hugged her and then went to sit by his wife. But Bob, who has walked his own daughters down the aisle, realized that’s not what the father really wanted to say. He really wanted to tell the man “this is my beloved daughter and you better take care of her and never hurt her”. He realized that every father and mother loves their precious children and they want what’s best for them. And at that moment it hit him that every one of his 12,000 employees is someone’s precious child. Their parents want them to lead lives of meaning and purpose and joy, and that is the responsibility of leaders inside of organizations.

Barry-Wehmiller is doing a lot of unique things because of Bob’s truly human leadership style. They don’t do headcounts, they do heart counts, they have training on empathetic listening, employees feel safe because they know their leader cares about them.

But what if you are a mid-level or entry-level leader inside of an organization and upper management doesn’t hold these same views? Bob has been asked this question before and he likes to think of it as a scene from the Wizard of Oz. Dorothy, the tin man, the lion, and the scarecrow are all in search of something they need and so they go to see the wizard to get what they need. It turns out the wizard is just a wise old man, but he tells them they already have what they need, they just need to use the gifts they have.

You don’t need permission from upper management to be a better leader and put your people first. You just need to embrace these philosophies and live them out. And it’s possible that as you start to lead this way others around you will take notice and make changes themselves. But you can definitely start with yourself.

He also believes that leaders need to be grounded optimists that provide their people with hope. Your people need to be able to put their faith in you and know you won’t let them down.

Whatever you bring to work to help you be you, Workplace celebrates it. Our familiar features help everyone work together in new ways. To make your place of work a great place to work, visit workplace.com/human 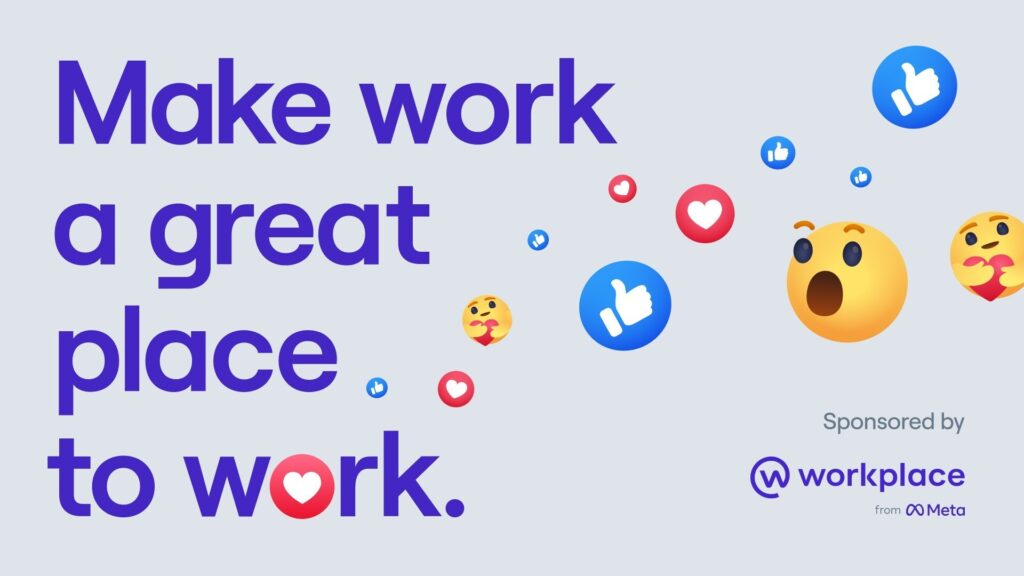