Becoming a Manager: What to do When Everyone Looks to You

Julie Zhuo is the bestselling author of The Making of a Manager: What to do When Everyone Looks to You. She was also the first intern at Facebook when they had 100 employees and were just starting out as a company. She worked there for a total of 14 years and during her time there she became a manager and then ultimately the VP of Product Design.

Actually, it was because of her experience at Facebook and first becoming a manager very early on in her career that caused her to write her book. Her internship at Facebook was something she did while in college and then right after she graduated she took a full time job with the company. When she was asked to become a manager at the age of 25, she had had no prior training or management experience and she wasn’t exactly sure what she was supposed to do.

But as the culture at Facebook was at that time, as a startup, employees all had to try new things and say yes to some things that took them out of their comfort zone. So Julie said yes to the position. Then she went to a bookstore to read up on the skills that managers need, how to lead people more experienced than she was, how to delegate, etc… But what she found was books directed at CEOs and senior level executives on very advanced concepts, when what she needed was the basics to start out with like how to lead a one on one meeting and how to motivate employees. So she wrote her own book on the subject later on in her career to help others in similar situations.

The definition of a manager

Julie shares that when she first started out as a manager she didn’t have a very clear definition of what a manager was. The only thing she had was a general idea of what her past managers and bosses had done in the past, which was mostly give feedback and tell her if she would be promoted or if there was something she could do better. And that is the picture she had in her mind for years until she became a leader herself and learned over the years that a manager shouldn’t just be a series of actions, but they should be someone who is focused on getting results from a group of people and doing whatever necessary to help them succeed.

Julie also believes there is a difference between a leader and a manager. She says, “Sometimes people use them interchangeably, but to me, they’re quite different. To me, leadership is a quality or a trait. And I think all of us are, you know, can be leaders in certain contexts or can exhibit leadership traits. Being a leader just means that you are somebody that other people will listen to, and will follow. And you have that ability to influence and help organize a group of people towards doing something together. I think of a manager as a specific role, like it’s a specific job function with a set of responsibilities and the major responsibility of a manager is you are trying to get a group of people to work together and to achieve some certain outcome, right? There’s a reason why teams are formed. There’s a reason why companies are formed, they’re trying to aspire to, hit their mission or they’re trying to hit a business goal or they’re trying to do this and that and your job as a manager is to help this group of people hit that goal.”

Over her career Julie has not only experienced being a first time manager, but she has witnessed others experience it for the first time as well. And there are certain mistakes and pitfalls that a majority of managers make when first starting out.

The first one is feeling that as a manager you have to have all the answers. A lot of people have this feeling that if they are unsure about something, it’s a signal that they are not cut out for the role of a manager. But that’s not true. As Julie shares, as a manager you are going to feel uncomfortable or unprepared at times, and that’s okay. You are having those feelings because you are managing for the first time, things are new. A lot of the confidence and know-how will come with time and practice. Every manager goes through this when they first start out.

And even as you get experience, those feelings may be there when you have to address something new later on in your career, the difference is you will be better equipped to deal with new situations as you progress and you will develop the tools you need to deal with uncertainty.

The second mistake that new managers make is feeling like they need to know how to do the roles of their employees as well or better than they do. For example, when Julie moved to the manager role she realized she had to lead a team of designers who were more skilled at designing than she was. Because of that she felt like she had nothing to contribute and she felt inadequate at her job. But now she realizes that was incorrect.

Your job as a manager is not to be the best at the roles of your employees. If you are very skilled in one specific area, then maybe you should be in that role as an individual contributor. But as a manager it actually benefits you to have a group of people who are more talented than you are. Your job is to elevate those talents so that everyone on the team can be working at their best.

The third pitfall that new managers can encounter is a feeling of superiority, or getting a big head from a promotion. Julie says that at Facebook they had a way of making sure that didn’t happen. When people moved to a role of management it wasn’t called a promotion. Instead they used the word transition, to recognize that management was on a parallel path with any other role. Because there are multiple ways to move up in your career. Just because you don’t become a manager doesn’t mean you haven’t improved and succeeded. It’s just a different path.

How to overcome imposter syndrome

Most of us have experienced imposter syndrome at some point, the feeling that happens when you don’t believe you are equipped to do something you are doing. When you doubt your ability and feel inadequate. Julie says she definitely felt this when she first became a manager and, in fact, she has felt it at times throughout her career even after gaining experience.

So how can we overcome imposter syndrome? Julie shares the following tips:

The biggest difference between an average manager and a great manager

Whether you are a brand new manager or you have been managing for 20+ years, there are certain traits and qualities that make a great manager stand out from average managers. First of all, Julie says great managers are able to get great outcomes from their teams over and over.

But there are three other things that Julie uses to judge if someone is a great manager. They are people, process, and purpose. The first is, how does the individual deal with people? How do they nurture their talent. Do they play to people’s strengths and are they making sure that they have the right people on the right problems. Great managers need to know how to let their people shine and excel.

The second thing that a great manager has is the ability to figure out the processes. That is how people work together in the context of a team. And the third thing is a manager has to know how to convey a company’s purpose to employees. Because as Julie says, you can have the best talent, but if they don’t know what they are working towards, you are not going to get their best work.

Your people need to know what they should be aspiring towards, what you are trying to achieve together, what success looks like for them as a team, etc…

The first year of a manager

First, on day one of being a manager you should talk with your manager and make sure you understand what success looks like for your role. Have them help you plot out benchmarks that you should be hitting throughout your first year as a manager. It is critical that you know on day one what you’re expected to do. Knowing the expectations ahead of time ensures you will do a great job versus a mediocre job.

For the first week in that new role, Julie suggests you focus on listening to your people. You need to get started on developing trust relationships with the people on your team. Talk to every single person on your team, get to know them as an individual. What are their hopes and dreams? Where do they want to go in their career? What do they think about the team? Do they have problems or friction with anyone on the team? What could the team do better?

Moving on to month one, this should be an extension of what you are doing in week one. You have to continue to invest in the relationships with your people. By the end of month one you should have a good sense of how the team operates. Julie says that before you change anything, it is important to know what the situation is now, to begin with. Don’t just try to change things up as soon as you move into the role. Really, it’s going to be 3-6 months before you get a great sense of the people and the business.

At the end of year one what you should be looking for is, as a team, have we set clear goals? And of the goals you have set as a team, are you starting to see the fruits of those goals? You should be asking for constant feedback from day one, so that you know what is working and what needs to be adjusted. You should get feedback from your manager, your peers, and members of your team. You should also sit down with your manager at the end of the year and see if the expectations that were laid out were fulfilled. If not, figure out together what needs to be adjusted to do better in the next year.

The Leadership Mastery Framework is the only leadership course in the world based on expertise from more than 140 hands-on-in-the-field CEOs (from companies like Best Buy, Audi, MasterCard, Unilever, Verizon, and more). It’s built for striving leaders in every level of their companies and anyone who knows they have more to give to make a genuine impact. This course is the fast track to leadership mastery for the future. I want you to reach every inch of your full potential and make the supersonic impact you’ve been itching for, and this course will show you how it’s not only possible but vital that you take action. 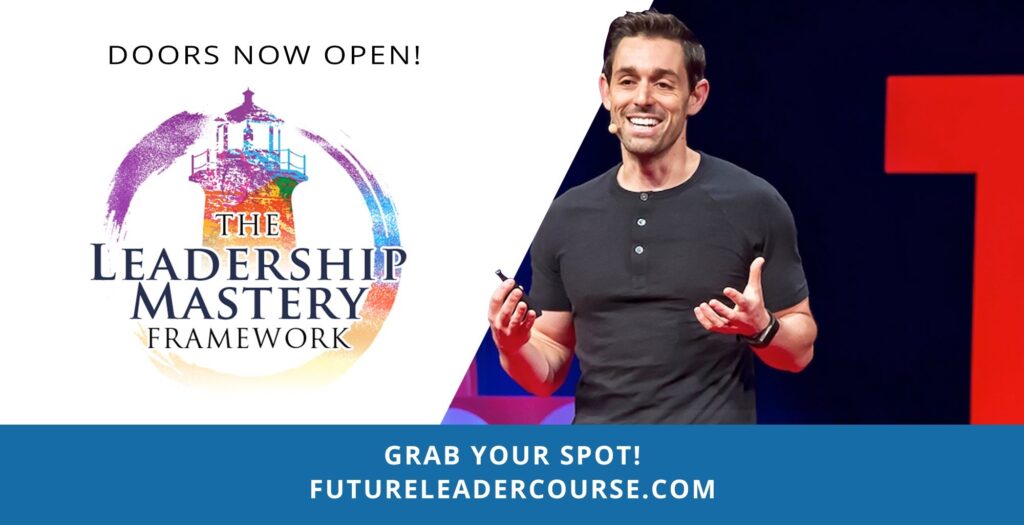